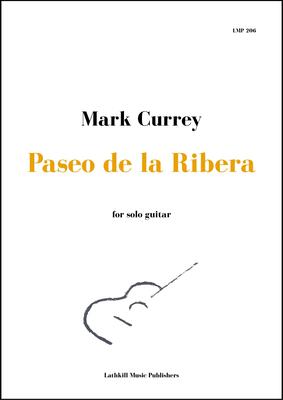 Paseo de la Ribera by Mark Currey is an evocative piece that takes your imagination for a stroll around the sights near the Guadalquivir river in Córdoba.

Paseo de la Ribera translates as ‘stroll by the river’. Like the word ‘promenade’, it can refer to a path by a river and also the act of walking on that path. Just like in England where you can promenade on the promenade, in Spain you can paseo de la ribera on the paseo de la ribera. It’s also an actual street name in several Spanish towns, including Córdoba.